DLC in Skyrim feature additional content officially released for Skyrim post launch. The paid DLCs contain additional content,  new enemies, NPCs, Quests and other content, each DLC adding different things for players to do. Players can purchase and download them through Steam, Playstation Store and Xbox marketplace for each of the different platforms. This page covers relevant information regarding the DLCs released for Skyrim as well as information about additional releases like the Special edition and Anniversary edition.

The first free DLC to come to Skyrim. Updates in-game textures to a higher resolution version.
Is made obsolete with Special edition remaster.

Fall of the Space Core, Vol 1

As a celebration to Skyrim's steam workshop opening this official DLC brings a Portal tie in to the world of Skyrim. Available in the Steam Workshop. 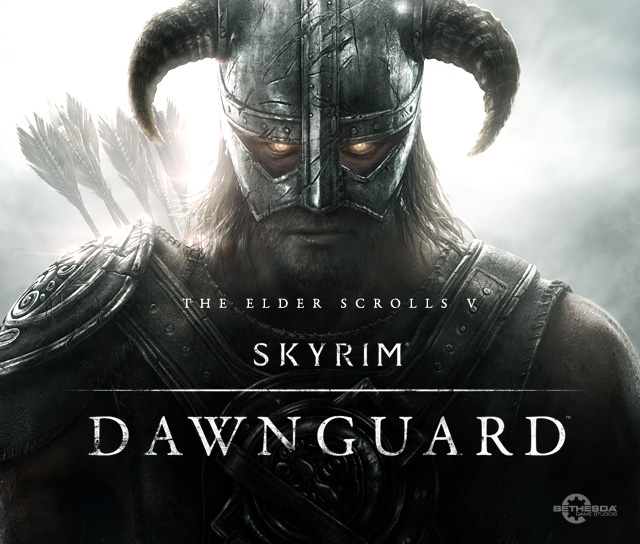 The Dawnguard DLC is the first of 3 major content expansions released for Skyrim. Dawnguard adds the new factions of Vampires and Dawnguard to the world of Skyrim. Join the Dawnguard, an ancient organization of vampire hunters and fight against Vampire Lord Hakon who has returned to power to end the sun itself or fight against them and side with the Vampires becoming a Vampire lord yourself. Along with the option to become a vampire, the Dawnguard DLC also gives players the option to turn into and play as Werewolves.

4 new dragon shouts and 9 new spells are added from this DLC for players to use against their enemies. The Dawnguard DLC also adds new weapons and new armor sets for players to find or craft. Among the 19 new weapons added are the Dragonbone weapons made from the corpses of Dragons that players can look forward to getting their hands on. 5 new Armor sets with many more unique visual variant pieces for players to deck themselves out have also been added.

With the Dawnguard DLC expansion the world of Skyrim is expanded. Over 80 new NPCs have been added related to these 2 new major factions introduced with 39 new quests for players to find and explore. Join the vampires at Castle Volkihar or travel to Fort Dawnguard to join the Dawnguard in this age old conflict between vampires and vampire hunters. 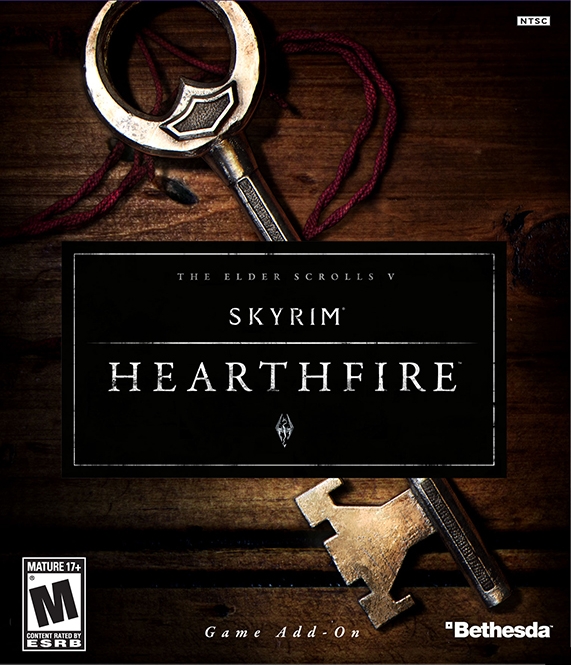 The Hearthfire DLC is the second expansion released for Skyrim. This DLC expansion focuses on the house and home, introducing more options for furnishing your abode, more mannequins for players to use. The Hearthfire DLC introduces plots of land that the player can purchase and build a home of their own design from scratch.

The Hearthfire DLC adds adoption options for players to adopt children into their homes. Players can adopt up to 2 children that they can have conversations with, even playing games with. Players are also now able to hire staff into their homes. Stewards have a variety of functions that contribute to the players home including adding improvements to the house. Players can even bring a personal bard into the home to play them songs on demand.

Welcome to Solstheim, an island of the coast of Skyrim. The geography of Solstheim can be largely divided into 4 main areas, the Felsaad Coast, Hirstaang Forest, Isinfier Plains and the Moesring Mountains. Travel to the town of Raven Rock to begin your adventure in this new land. Track down and face off against Miraak the first dragonborn as he tries to control the world. Journey through the lands and learn new dragon shouts and powerful abilities to deal with this newest and most powerful adversary.

The Dragonborn DLC adds numerous new weapons and armors for the player to find, purchase, quest for and equip in their Skyrim adventure. Nordic and Stalhrim weapons are comparable to elven and ebony weaponry but weigh less than their base game counterparts. Stalhrim weapons even have increased effect when enchanting them with Cold damage. The variety of armor that players have to choose from is increased greatly with armors that give great bonuses. Various new powers and Spells are also introduced for players to discover and test out.

The Dragonborn DLC adds new Dragon shouts that the player can find and learn, one of which is Bend Will that allows players to tame and ride dragons.

Over the years Skyrim has had multiple additional version releases keeping up with technology and the times.

Released on Oct 28 2016 for PC, Playstation 4 and Xbox ONE as a remastered version of Skyrim. Included in this version are all 3 content DLCs, Dawnguard Hearthfire and Dragonborn, as well as a graphical upgrade. The special edition version also opened up mods access and support to console versions of the game, previously mods were only available for PC players to experience.

Released on Nov 11 2021 Skyrim Anniversary edition is updated for the Playstation 5 and Xbox Series X 5th generation consoles. The Anniversary edition adds to the Special edition version giving players the 3 DLCs and mod support and adding on free access to Creation Club content that previously needed to be unlocked separately. This adds new quests, armor, weapons and gameplay modes.

On Nov 17 2017 Skyrim released a separate VR version of Skyrim Special edition giving players all 3 DLCs and the mod support that the Special edition comes with. This version was released for PC and Playstation 4 and can be purchased through Steam or the Playstation Store. It is reported that additional mods are recommended to improve the player experience.

On Nov 17 2017 Skyrim released on the Nintendo Switch. While this version is the Special edition version with updated graphics and all 3 DLCs it is unable to support Mods through the Nintendo Store.